In a recent TVAD seminar, Daniel Marques Sampaoi observed how “the body opposes power” [1]. Although Man has developed war-machines that surpass the abilities of the human body, there is a perceived political and emotional strength in the presence of human forms. After all, conflict and power-plays are ultimately about people, not about the weapons that act on our behalf. 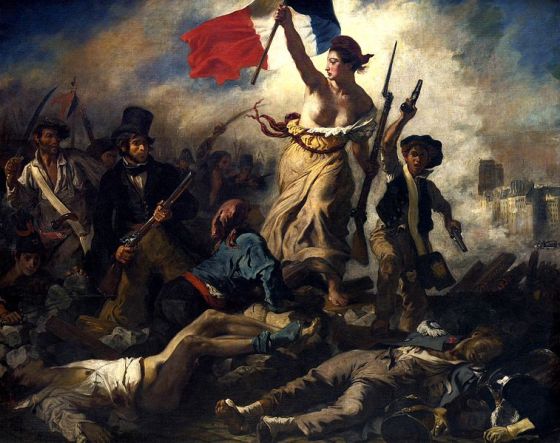 Power is opposed not simply by the presence of people, but by emphasis on their sentient fragility in contrast to the mechanised brutality of war machines, or the vulnerability of the individual in contrast to the might of an opposing army. It is with this intention, that “nudity that is strategically employed as a mode of social and political action”. [2]

This is not just about the nude body, but the act of becoming nude. It is the removal of clothes, not just the absence of clothes, that is meaningful in these contexts. Stripping-down to bare flesh demonstrates willingness and, therefore, purposeful vulnerability.

Bret Lunsford observes that nudity has particular power in anti-war demonstrations. He cites an anti-war campaigner who proposes that, through nudity, she is “disarmed”.  This protestor argues that “naked people… can never make war”. She observes that the outcome of war is usually dictated by inequality, with victors being those that hold the most power. Stripping away this power by removing weapons and uniforms, both sides are made equal, and conflict cannot occur. [3]

This protestor’s views stem from the proposition that nudity renders everyone equal, and further that equality resolves conflict. In almost any protest, inequality draws attention to perceived injustices. The vulnerability of a naked body contrasts so severely with the unifomed and armed body of a soldier that it highlights the inequality of the solder/victim relationship. When a bare chest is pressed against a canon (as below), the stark inequality seems unfair. The conflict is revealed as unjust, with the two opponents clearly presented as ‘victim’ and ‘oppressor’.

Ladislav Bielik, ‘The Forceful End of the Prague Spring’, 1968. Displays of human flesh demonstrate strength through vulnerability. If the act of undressing presents the body in its most vulnerable state, it suggests a willingness to sacrifice oneself for a cause.

It is not the case, however, that nudity in these contexts necessarily evokes sympathy. It can often be a show of strength. In these same wartime scenarios, nudity can be employed to signify active or aggressive resistance. The nude body is primal, animalistic, and it is not uncommon for it to be accompanied by bared teeth or a war-cry. These are aggressive displays of the primal male, stripped of all material signs of civility.

Perniola has observed the connections between nudity and savagery, indicating that the nude body is often presented as primal and uncultured, and in many cases, aggressive and unpredictable [4]. In this reading, stripping of the human body represents a descent into savagery, making the subject potentially liable to unpredictable and aggressive resistance. Here, the naked body conveys the message that resistors will not give up without a fight. 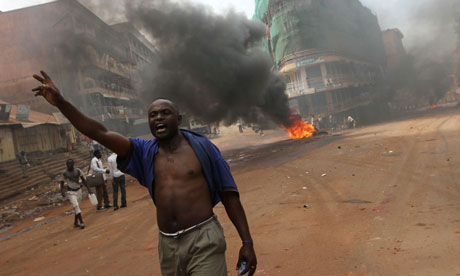 A Ugandan protestor shouts near a burning barricade in Kampala after Ugandan opposition leader Kizze Besigye was arrested in 2011. Source: The Guardian

Female protestors are more inclined to use their bodies as an invitation to ‘make love not war’, exploiting their own sexuality to distract and disarm. The recent conflict in Iraq provoked displays of breasts as ‘weapons of mass distraction’. Such methods present ‘love’ (and, by extension, ‘sex’) and ‘war’ as two mutually exclusive extremes.

When women go naked for political reasons, it is often connected to sexuality. FEMEN (a Ukranian feminist group) have found international notoriety by protesting topless. Their nudity is a protest against objectification, specifically the feeling that women have been “stripped of ownership” of their own bodies [5]. Ironically, these demonstrations rely on the very thing that they seek to end. Their nudity is only powerful for as long as it is repressed.

FEMEN exploit the power of nudity to counteract the power of men. Though this is not because they feel that nudity has innate power in itself. They achieve power via, not through, naked flesh. Nudity is a tool by which to achieve media coverage, and by their own admission, it is the press coverage that provides power against their oppressors [6].

Conscious that their breasts will be the focus of observers’ attention, FEMEN write their messages of protest directly onto their torsos. The fact that viewers are drawn to read these messages reinforces their argument that they are being objectified. Simultaneously, the position of these messages invites the viewer to look directly at the breasts. Exposed breasts make gender visible. By highlighting gender difference, these feminist protests are not cries for equality, rather for acknowledgement of the value of women, equivalent to – but different from – men.

FEMEN campaigners aim to present themselves in control of their bodies; voluntarily exposing themselves to preempt objectification by men.

While the lives of American woman are less governed by conflict, they still find ways of using their naked bodies for political gain. PETA’s infamous (and much-imitated) anti-fur campaign featuring the slogan, “I’d rather go naked than wear fur”, used nudity to suggest that the act of dressing can sometimes be unethical. Here, nudity is offered as an alternative to enabling the unethical practices of the fur trade.  It is an act of passive resistance against the power and influence of the fashion industry.

It seems that, wherever there is power, the naked body is the last line of defense. Stripped of weapons or political power, resistors make use of what nature gave them. Over the history of human evolution, we have developed a culture of dressing [7]. The belief that the human body should be clothed is unnatural, but dominant. This expectation of clothedness has given nudity a particular power. Despite being our natural state, nudity is often rebellious, and always remarkable.

PETA’s anti-fur campaign has featured nudity since 1994, proposing nudity as an passive resistance against the unethical practices of the fashion industry.